U-Touch and Start Creative together developed six modular interactive columns for Adidas. Launched at the centenary National Retail Federation, held in New York on the 9th January 2011, showcasing how Adidas can now dynamically show all their product range within 3D interactive carousel wheels, enabling the user to quickly select the shoe and make a purchase.

Through detailed discussions and planning U-Touch provided Adidas with a unique solution to enhance their interactive retail experience. U-Touch developed a custom touch screen in portrait to go over 4 x 1 46” displays, 3 user bays side by side.

The initial pilot scheme is a complete success in New York and London, with their largest UK store in Oxford Street, London being the first to pilot the video wall November 2011. ADIDAS have 750 stores Worldwide with flagship stores being earmarked for these interactive bays. U-Touch is the official touch screen provider for this project. 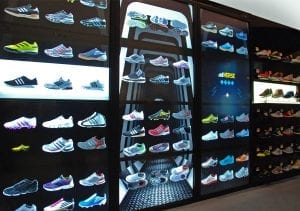 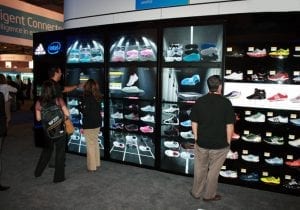 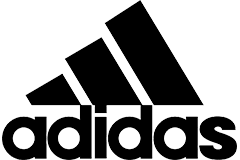 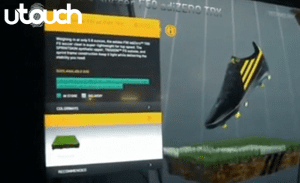 Free Consultation
Request a Free ConsultationPlease fill out the form below to arrange a consultation with one of our experts.
We use cookies to ensure that we give you the best experience on our website. If you continue to use this site we will assume that you are happy with it.Accept